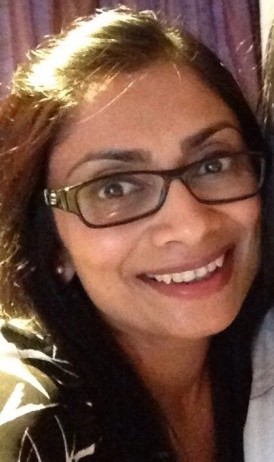 One of the common traits we see in many of the women who join us at The Body Retreat is that they have become very good at putting their own needs at the bottom of a very long priority list, working mums, entrepreneurs, professionals these are busy women who have many hats to wear.

Its hard to not love what you do when here at The Body Retreat we get to work with amazing women week in and week out.  We are so blessed to have such lovely women choose us as their partners in their journey to reclaim health and wellbeing.  Even better is when these women become a true part of our community.

We often say on retreat that what Julie and I and the rest of the team bring to the retreat in terms of care and support is only part of the equation.  The sense of camaraderie, support and genuine spirit of friendship that marks our retreats is created by the women themselves. It is a lovely thing to watch happen week after week but it is even better to be a part of.

I’d like to introduce you to just one such woman.

Daksha is typical of many women who join us at The Body Retreat and her story of going from exhausted working mum to energised role model is really uplifting.  It reminds us that even the journeys that at the start may seem to be the longest and toughest all start with just one step.

Some words from my heart to you….😘

Early-2012 I accepted (nervously) a new job promotion and it turned out to be the hardest first year I have had at any job. I resigned – they refused to accept my resignation & convinced me to take a sabbatical instead. I spent time with family in California, which was fantastic but I still felt something was off. My health wasn’t right.

I had struggled with my weight since the birth of second child. I had lost quite a bit of weight since (over 3 stone) through diet but had not really embraced exercise and I realised I had to find a love for exercise if I wanted to feel better for the rest of my life.

I am a bit of an all or nothing type person so I started researching ‘bootcamps’! And God sent the Body Retreat to me. My first week was September 2013 in Dorset. It was probably the most uplifting week of my life. Due to my upbringing it was the first time in my entire life that I had put myself first and done something just for myself.

And so my love for exercise (and for myself really) began. I have since been to retreats in Somerset and Spain & due to return to Somerset in early December (it’s been too long!).

I really enjoyed the variety of exercise I was introduced to and the gentle, encouraging coaching. Also the other ladies I met on all the retreats were such beautiful souls. I think that’s a testament to Julie & Juls and the fact that they are able to attract such wonderful inspiring women. I was able to talk freely to some of the ladies (which for me was invaluable). I am an older sister of 4 and don’t often share my concerns with my siblings.

On top of all that the programme was designed to work! I was absolutely amazed at my weight loss and inch loss during that week. The food was so delicious and carefully prepared & presented. I wanted to take Juls home.

In addition it was great that I could stay in touch after I left the retreat – I’ve enjoyed the support from Facebook group & attending the charity days (and also dragged my husband to a one day weekend session!). I was so energised and uplifted that my passion has been infectious & I have encouraged my whole family to start exercising more and they have really appreciated my efforts.

At the charity day in 2014 I dragged myself around Dorney Lake in an attempt to run 5k….running was the one thing I really couldn’t understand! Surviving that 5k inspired me to give it a go on a more regular basis. My body took to it well! A year later I ran my first half-marathon! And will be running my second half next spring!

I can honestly say that I would never have embarked on this journey of health & fitness, which in turn has given me positivity and a renewed passion for life, without Julie & Juls.

Thank you from the bottom of my heart. D