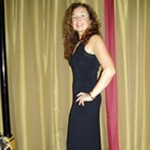 The Body Retreat changed my life, I was 44 and I refused to settle for being a few stone overweight. My weight had crept up slowly over the previous few years and had stuck at around 13st. I thought I was doing everything right. I exercised most days and ate sensibly. But still the weight would not shift and I was at a loss as to why.

For the past 6 years my New Years resolution was to “lose weight and get fitter”. The year would start off OK losing 1 or 2lbs a week for a few weeks but then it would just creep back on. It was very disheartening.

I was about to resign to being this weight and size until I began to research weight loss and fitness holidays. I chose a weight loss retreat as it sounded just what I needed – a combination of exercise, nutrition and behaviour workshops.  During the week I lost 5lbs, I was ecstatic, seeing the result on the scales and tape measure was a massive incentive to carry on.

I loved trying all the different exercises, the workshops and pushing myself to my working heart rate. The food was excellent and I realised that I can survive on much smaller portions than I was used to. The workshops were extremely enlightening and I found out why I was struggling to lose weight – I didn’t have any specific goals, I wasn’t eating as healthy as I thought, nor was I exercising in my “fat burning zone”.

My room mate was fantastic, we supported each other throughout the week, we still keep in contact now, updating each other on our progress.  One of the best things about the week was discovering that I could actually run.  I had never run before in my life, not even at school.

Being back in the real world was daunting at first. I was apprehensive of eating anything other than whole, unprocessed foods. My shopping trolley was virtually empty after my first food shop. But I took on board everything I had learnt and put it in to practice.

I used a weekly planner to record my 3 meals and snacks per day, so I knew what I would be eating and when. I really enjoyed my food and I certainly was not on a “diet”. I adhered to my exercise regime and generally became more active on a daily basis.

My new regime resulted in a steady weight loss between 0.5-2lb per week. It was absolutely unbelievable I was completely amazed the plan was working. After 6 years of no change it was extremely rewarding and felt almost effortless because I was enjoying my exercise and I wasn’t on a diet.

After a few more weeks people started noticing the difference in my shape and asking what was my secret. I told them all about eating healthy food, portion control, exercising for optimum results and to have a goal.

By November 2009, 8 months later,  I was under 10 stone, which was more than I could ever have hoped for and surpassed all my initial weight loss goals.

I can now eat what I want, and by balancing my level of exercise and food intake, I am confident I am able to continue to maintain this weight.

Attending bootcamp has transformed my life. It is a great way to kick start a new regime and work towards personal goals. Once you see the results of physical activity and sensible eating you will never look back.

I am still following the principles, exercising and running regularly and really enjoying food. My weight loss has settled and I am now a size 12/10.

I am now the fittest and slimmest I have ever been with a new love of running. Next year I will be entering my first marathon.

* Wendy completed her first marathon in April 2012, 3 years after she attended her first residential retreat *

Drumroll Please....⁠ ⁠ We are So Excited to sh